Click for 29 pics in picasa. A couple of days in foggy Boston. The site of the Boston Tea Party where the locals threw the tea into Boston Harbour as a protest against taxation without representation, and started the American Revolution.

The Old North Episcopal Church near Paul Revere’s house. The high box pews were designed to retain the warmth of foot warmers placed on the floor. It was originally a closed congregation with each family owning and furnishing their own box pew, with just their eyes visible above their wall.

And a video, a re-enactment of the Boston Tea Party (43 Sec):
“http://youtu.be/-KNqUdHbRJM”

The first stop of the Cosmos Tour 8200 Eastern US And Canada Grand Vacation beginning and ending in New York. 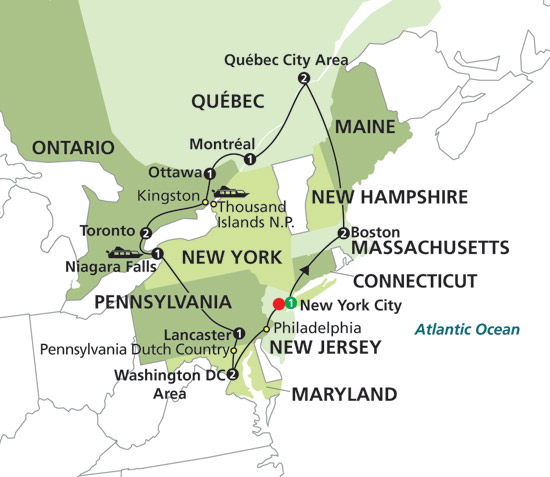