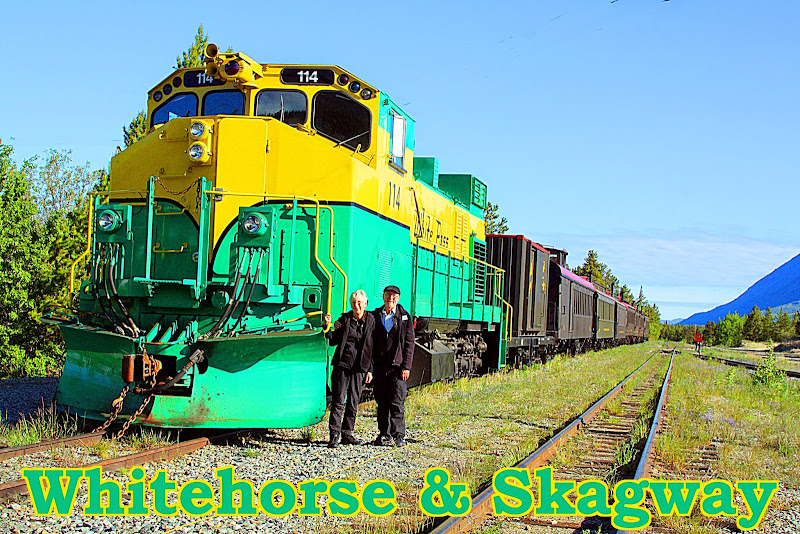 Click for 27 pics in Picasa. We took the scenic train from Whitehorse in the Yukon Territory of Canada, to Skagway in Alaska. Another border crossing, but this time on the moving train so fairly quick formalities.

Along the way we followed beside the Trail of ‘98. This was the trail followed by thousands of men in the grip of gold fever and making their way to the Yukon and the Klondike gold fields in the gold rush of 1898. The railway replaced the trail and was a tremendous boon for folk on that arduous adventure.

There are lots of buildings that are leaning crazily because they have been built on the permafrost. The warmth of the building melts the permafrost with predictable results.

In the picture of one such house (in Whitehorse), you can also see small nesting boxes. They are for swallows, because swallows eat mosquitos.

Skagway, pictured, still looks like a wild west town. It is on the inside passage and was the landing point for the army of hopeful gold seekers. Riding on trains is always fun, and the links to the gold-crazed past seem particularly real here, so all in all it is an exciting journey.

On the way back to Whitehorse, a big grizzly bear about 2 metres from our bus window, doing its thing ignoring our bus load of tourists and their clicking cameras.