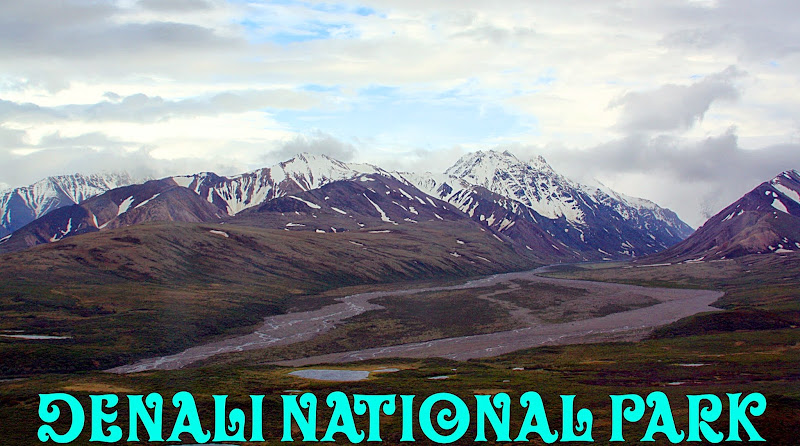 Click for 12 pics in Picasa. Denali National Park is dominated by North America’s highest peak, Mount Denali also known as Mount McKinley. It is 20,320 feet (6193m) high. We went on an 8 hour Tundra Wilderness Tour into the park to see Mt Denali, but it was shrouded in cloud with only a few glimpses of its massive side showing through. But we saw lots of wilderness mainly trees and treeless tundra as we rode through mountain passes below and above the tree line.

They had a big TV camera to zoom in on the wildlife and show it on the TV monitors in the bus, and it was great to be able to see the animals in the wild as well as the TV close-ups of the same thing.

There’s bears and a caribou in the pics. A caribou is very similar to a reindeer but one is wild and the other domesticated (and sometimes with a red nose, apparently).