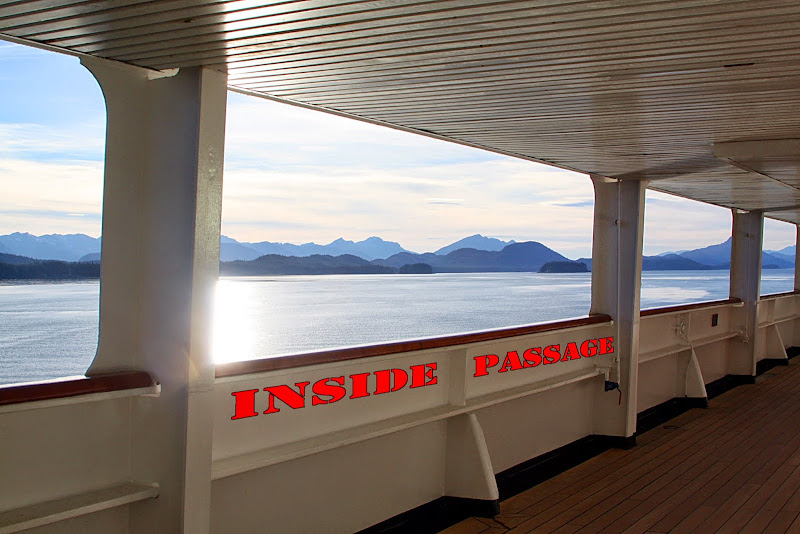 Click for 31 pics in Picasa. We sailed from Haines calling at Juneau and Ketchikan then through the Inside Passage to Vancouver. We both had colds in the early few days so our on-board dancing activities were curtailed, wanting to keep our germs to ourselves. However we joined in a “Dancing with the Stars” activity later in the voyage. Barbara came 4th in her waltz sequence to the Tennessee Waltz, and Lance came 3rd in the Cha Cha section!?!

A narrow escape really because the first and second placegetters had to dance with the stars on stage in the grand finale on the last night on board. They scrubbed up well and did a great job, and we would have done it, but were happier sitting back and admiring for once. It was a big production with rehearsal etc. Turning play into work.

Great food and entertainment on board, and interesting stops and views and wildlife along the way.

In the photos there is a bellows operated fog-horn and a real (not stuffed) Eagle.